What You Need to Know About Portable Fire Extinguishers

Nearly every fire is small in its developing stage. They can be put out immediately if the proper firefighting tool is available, and the person who extinguished the fire has been appropriately trained. Most employers choose portable fire extinguishers for fighting early-stage fires.

To be useful, according to OSHA, portable fire extinguishers must be:

This standard addresses the use, maintenance, placement, and testing of portable fire extinguishers fitted for employee use. Where extinguishers are presented but are not designed for employee use, and the company has an emergency action plan (29 CFR 1910.38), and a fire prevention plan (29 CFR 1910.39), then only the maintenance, inspection, and testing specifications are appropriate.

Companies having an emergency response plan which assigns specific employees to be the single employee entitled to use the accessible, and portable fire extinguishers, and which needs every other employee in the area to quickly evacuate the involved work area upon the sounding of the alarm, are excluded from the requirements of the standard. When extinguishers are not accessible, employers who have implemented and established a printed fire safety policy which needs the quick and total evacuation of workers from the area upon the sounding of a fire alarm signal are excluded from all elements. 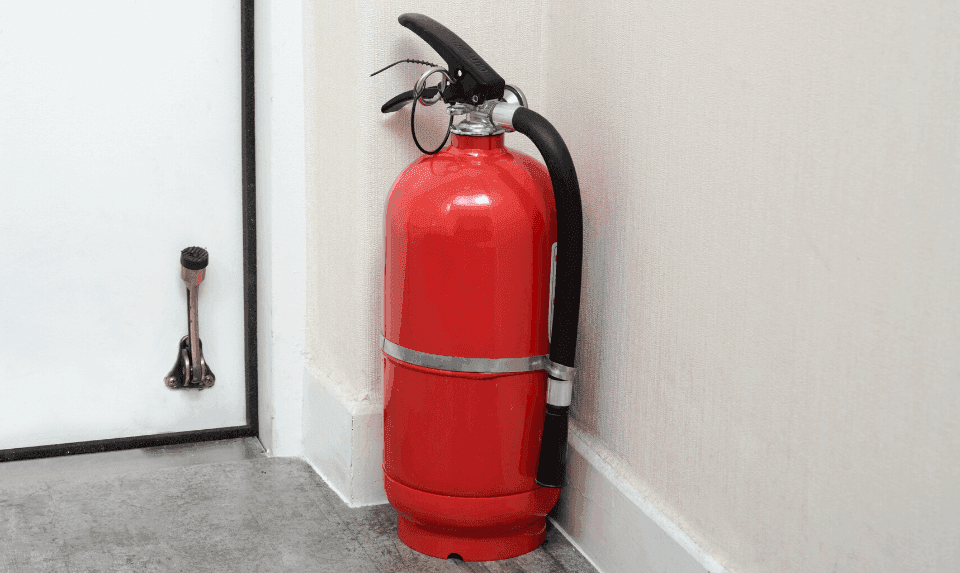 Air-pressurized extinguishers are filled nearly two-thirds with water, then pressurized with air. Sometimes detergents are added to create foam. Air-pressurized water extinguishers smother the fire by cooling the surface of the fuel to separate the "heat" element of the fire triangle. Do not use water to suppress electrical fires or flammable liquid. 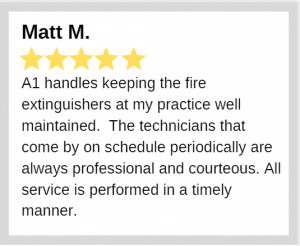 Dry chemical extinguishers douse the fire by covering the fuel with a layer of fire retardant powder, dividing the fuel from oxygen.

Class A fire extinguishers are applied for common combustibles such as textiles, wood, paper, and some plastics. This fire class needs the heat-absorbing results of water or the coating effects of some dry chemicals. According to NFPA, extinguishers fit for Class A fires should be distinguished by a green triangle bearing the letter "A."

Class D extinguishers are used on ignitable metals such as titanium, sodium, magnesium, etc., which need a medium that does not respond with the hot metal. According to NFPA, extinguishers fit for Class D fires should be distinguished by a five-point painted star containing the letter "D." and is normally yellow in color. 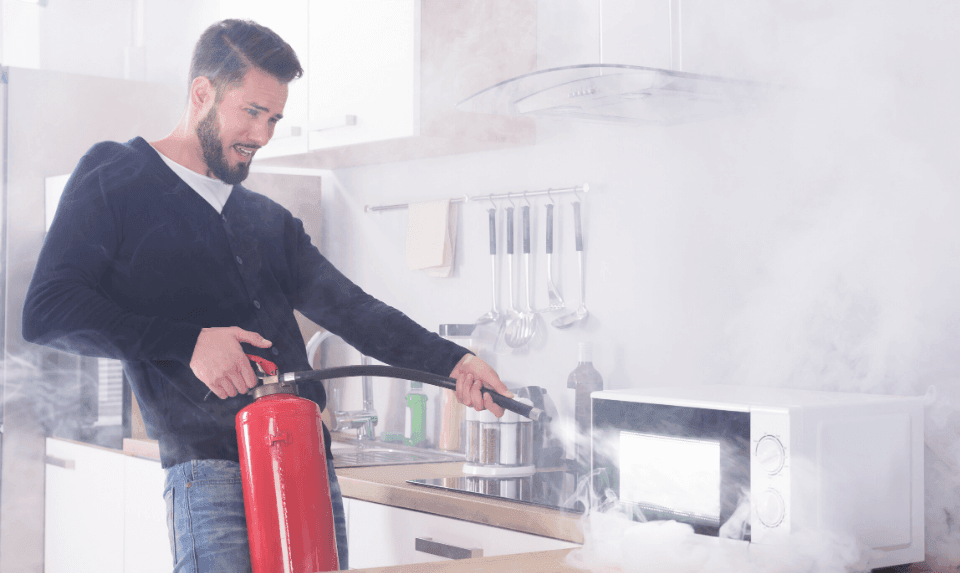 The chemicals mixed with the fatty acid produces a soapy foam on the top that holds in the steam and vapors that suffocates the fire. These extinguishers are distinguished by the letter "K."

NFPA 10 gives suggested markings for portable extinguishers so users can immediately recognize the classes of fire on which the extinguisher will be enough. The marking scheme combines pictographs of both unacceptable and recommended extinguisher types on a sole classification label. 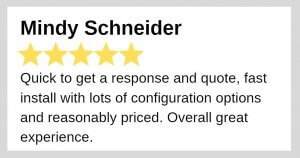